The ‘Pro’ route to the Muse

#22 in my Tonics for Your Creative Spirit email series: Steven Pressfield

It’s Creativity Quote time again and this week’s offering is from champion of the creative spirit, Steven Pressfield.

I spotted the following gem in his brilliant, insightful, empowering book;

I love this book. 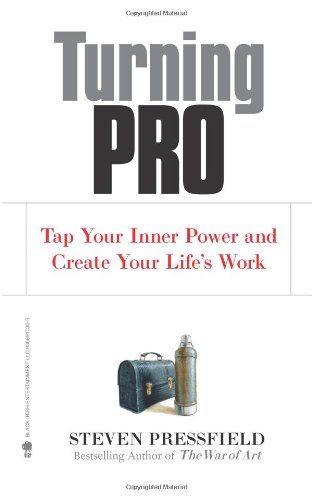 I have to admit, though – I didn’t think I would. I actually resisted it (!) for a long time, even though I kept hearing how great it was.

But it kept popping up on my radar – those Book Angels are pretty persistent! And thank goodness they are because, as always, they were leading me straight to some answers I’d been searching for.

You may be aware by now that I belong to the Joy, Fun & Ease School of Creativity. I’m not a huge fan of force, discipline or pushing through resistance.

Not so surprising then, that I’d avoid a book about using such strict measures to battle self-sabotage.

But I’m also a keen advocate of balance. (It’s a Libran thing.) And I’ve learned that extremes of anything are rarely the best solution.

So, eventually, I wondered if Steven’s book might actually be the perfect foil to my laissez-faire approach. (Which, I’ll admit, does have room for improvement in terms of speed and output.)

Just a few pages in, I realised I’d been wrong about the book.

I’d thought that a disciplined, rigid approach would kill spontaneous creativity and repel my beloved Muse.

But Steven explains how this is not the case.

In fact, the ‘pro’ mindset of ‘order, regularity, discipline and a constant striving after excellence’ are actually a route to the Muse.

As he puts it:

The monk glimpses the face of God
not by scaling a peak in the Himalayas,
but by sitting still in silence.

Yoga, meditation, and the martial arts
access the soul by way of the body.

The physical leads to the spiritual.

The humble produces the sublime.

It seems counterintuitive, but it’s true… 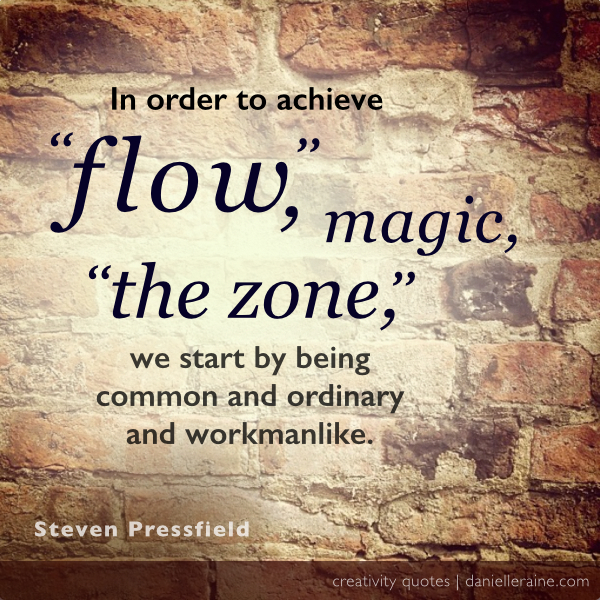 So, inspired by Steven, I have incorporated his wise words into my new creative strategy, a more productive blend of pro and flow:

A Healthy, Happy Hybrid of the Ho-hum and the Heavenly

Show up and show willing, whether you’re feeling inspired or not. In ‘turning pro’, you make a start anyway.

(In many ways, it’s actually easier than the angst of not doing it.)

This can also take the pressure off yourself to be ‘in the zone’, which is sometimes all you need to get the creative juices flowing.

But even if the Muse doesn’t show up, you’ll have made some progress and restored some order.

You’ll have prepared the ground.

So when the magic does begin to strike, you’ll be ready and free to flow with it.

What do you think? I’d love to know where you stand on the Disciplined Vs Spontaneous quandary?

And if you try this approach, let me know how it works for you.

Till next week, wishing you much flow and magic, 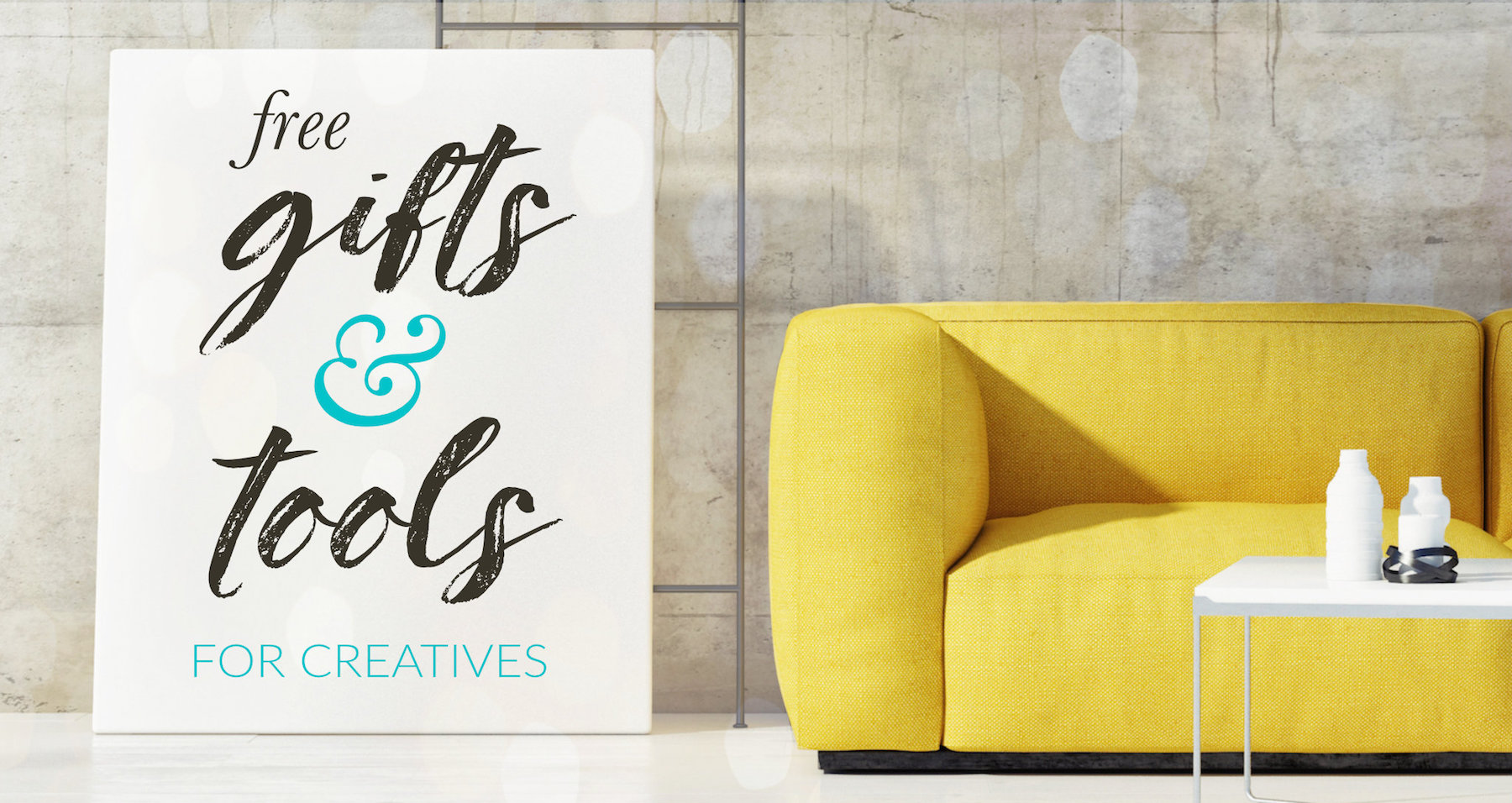 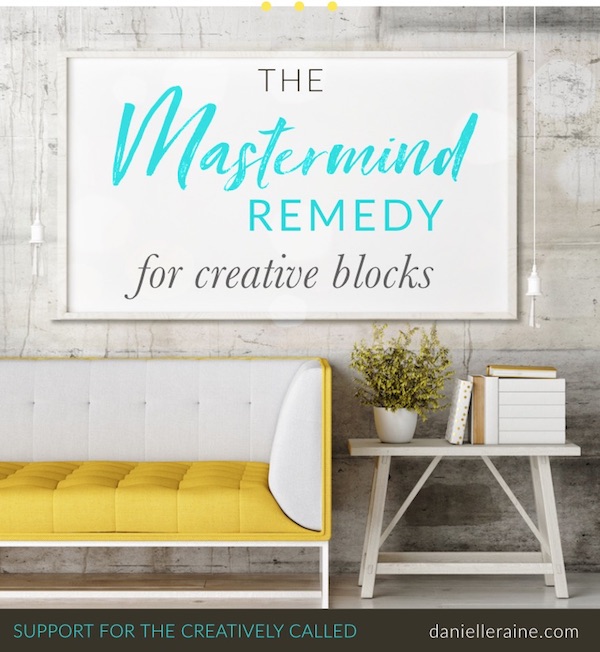 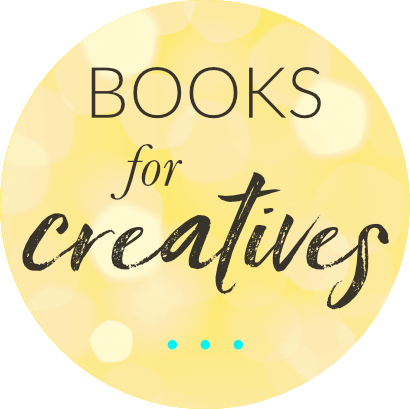 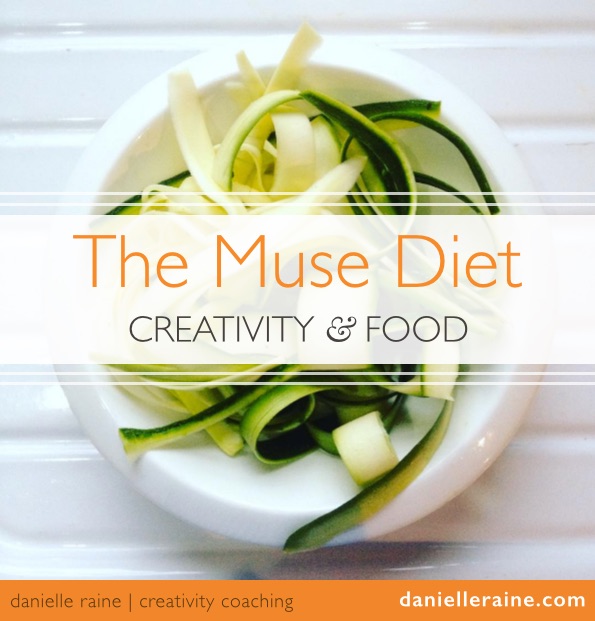 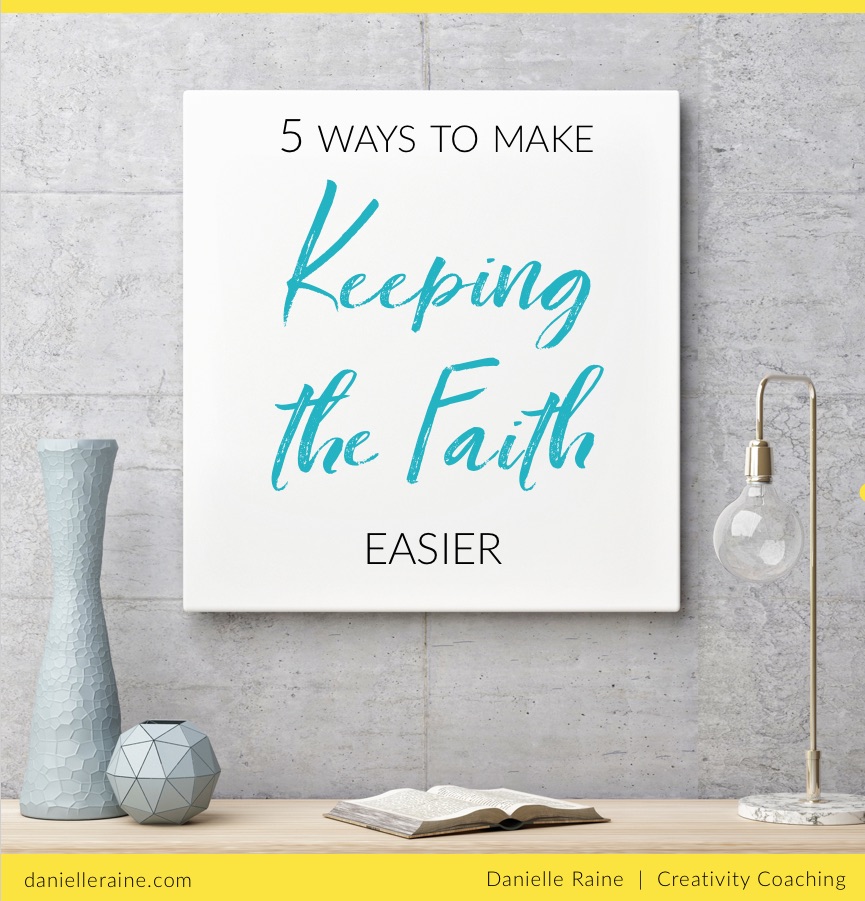