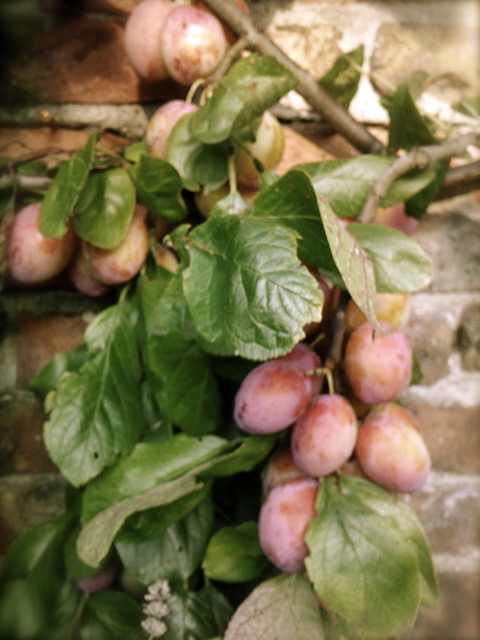 Or Life Lessons From My Garden.

After a few weeks of admiring the fruitful bounty of my plum tree, I decided that today was harvest time. (Much to the dismay of the slugs who have been gorging themselves silly with the dropping fruit…).

So, armed with my biggest bowl, I began tentatively, ever-so-gently squeezing each fruit to identify the ripe ones. However, after the first flushes of homegrown pride and joy, I began to get a bit fed up. Especially since my beloved Victoria Plum has produced a bumper crop this year. This was going to take a while.

So, I added a little haste to the proceedings. Big mistake. One particularly over-eager grab resulted in completely squashing the fruit. Which would have been bad enough, but this particular plum had also been the home to a not-so-friendly wasp. And judging by the look on his face, he was even less pleased than me to find himself on the end of my finger. Luckily my Dance of Horror & Disgust (complete with shrieking) managed to dispatch said wasp without any stinging rebukes.

Then – as so often happens during monotonous tasks in the garden – inspiration struck.

It occurred to me that with a little persuasion, (ie a gentle shake) the ripe-and-ready candidates would obligingly drop off the tree into my waiting bowl. This would make it much easier to collect only the ripe fruit. It would also speed up collection (and make it less-hazardous…).

So a few shakes later (literally), I had my bowl full of today’s pickings, leaving the ones who weren’t quite ready to sacrifice themselves to my jampot, to grow another day.

As I was musing over this incident, I was reminded of a quote from Deepka Chopra’s wonderful book, which I find applies to life and all its many tasks, be they in the garden, the office or the home.

The principle of least action, of no resistance.”

He calls it, “The Universal Law of Least Effort.”

Easier and better – I like the sound of that. Laziness as the mother of efficiency. 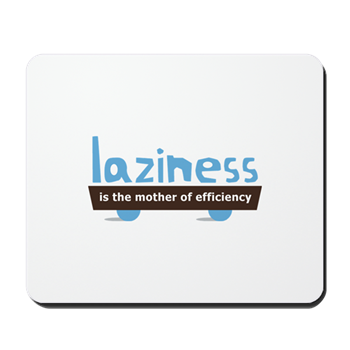 {I designed a little mousemat to remind me…}

So, my plum gathering reminded me that, all things being equal, look for the path of least resistance. Or, put more simply; easy is good. 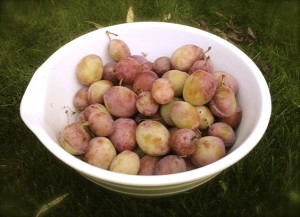 UPDATE: If you like the idea of efficiency and ease, I can wholeheartedly recommend this fun and insightful book by Fred Gratzon. Or check out his fab video below. (You see, it’s not just me!)

You can find more from Fred (he’s such a nice guy!) over on his blog. 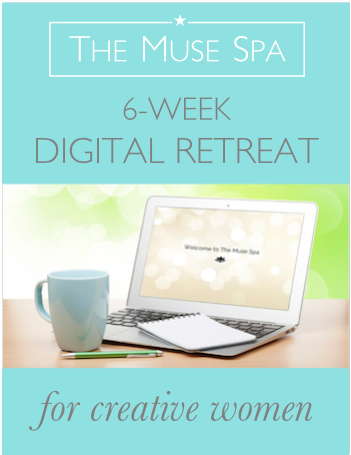